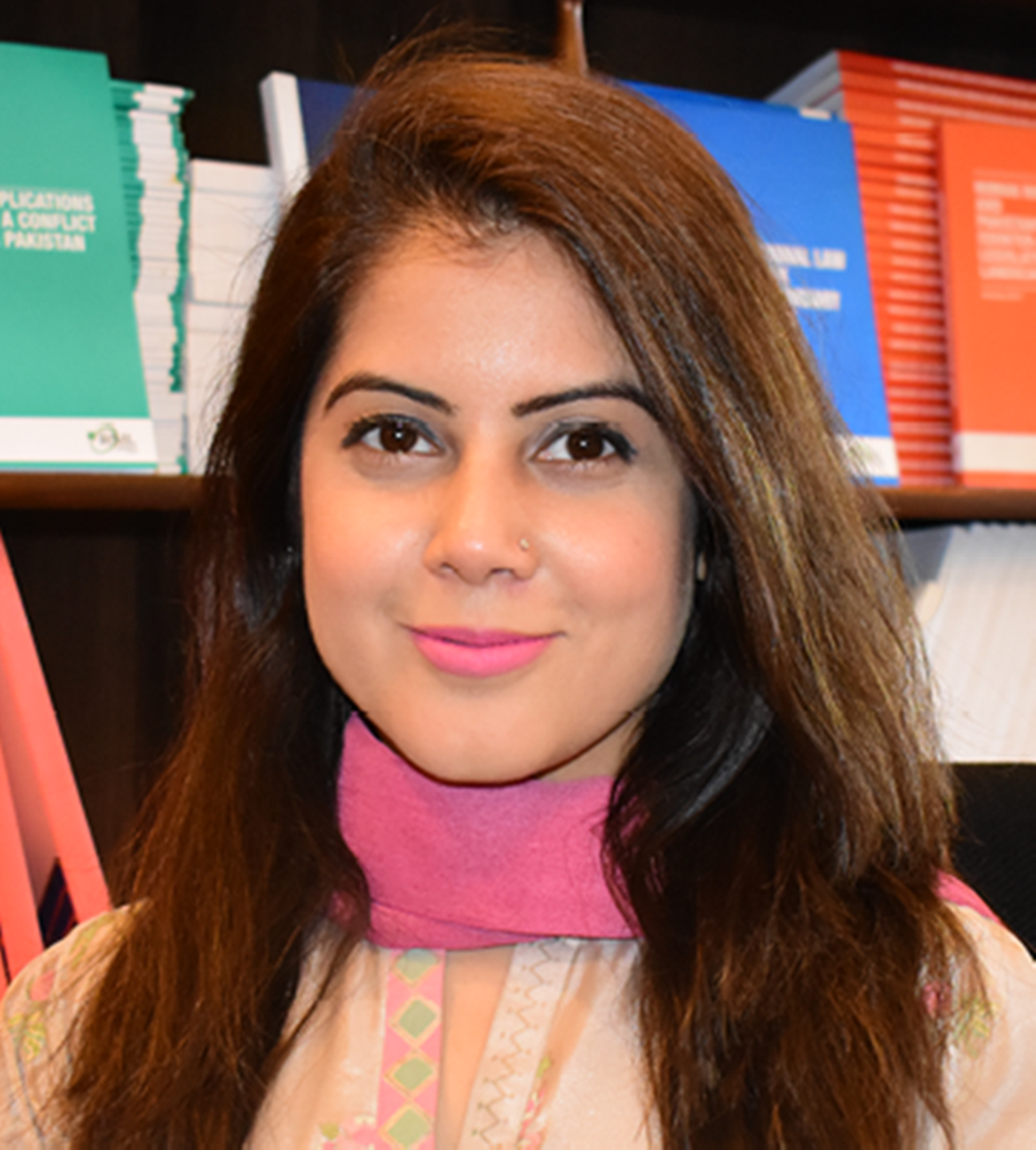 Zainab Mustafa holds an LL.B (Hons) from University of London (International Programmes) and an LL.M degree in International Development Law and Human Rights from the University of Warwick, UK. She is currently serving as Deputy Director at the Research Society of International Law (RSIL) where she supervises a team of researchers on issues of international law, counter-terrorism and criminal justice reform.

During her employment at RSIL, Ms. Mustafa has acted as the focal person for various criminal justice reform projects with the American Bar Association and the United Nations Office of Drugs and Crime. Furthermore, she has worked on a number of projects dealing with strengthening Pakistan’s compliance with international humanitarian law in collaboration with the International Committee of the Red Cross. She also routinely writes for the Conflict Law Center established at RSIL which focuses on all aspects of an armed conflict, including recourse to the use of force, conduct of war and post-conflict transition and reconstruction.

Ms. Mustafa has participated in multiple capacity building exercises for judges, prosecutors and lawyers and has co-authored several publications including:

She has also contributed to The Nation on issues of counter-terrorism and environmental law and has been part of the Supreme Court Clerkship Program where she served as Law Clerk to Justice Umar Ata Bandial.